Old world leadership in a new world of change and uncertainty

Yesterday-today: the past lingers on

The mainstream view of leaders and leadership (in the media, in organisations, the public, in leadership development providers) seems to be that leadership is vested in one individual (leader). The leader is there for his (and it is gendered [Ford, 2006; Sinclair 2007; Sandberg 2013 [i]etc]) followers and supporters as one or all roles: spokesperson, decision-maker, driver, motivator, ideas generator, thinker, hero, the responsible one. He may have challengers, but these are usually posited in an adversarial rather than supportive position.

At society level (e.g. in UK, USA, Nepal, India, Pakistan) the power distance between leader–followers has stretched with some leaders (business, political) appearing close to deity-like in perception (as god or devil) (Collinson, 2011[ii] in Gagnon & Collinson, 2014[iii]). Followers have been handing over more and more responsibility whether through lack of engagement in the system, passivity or superficiality e.g. social media venting and kettled demonstrations, but ultimately de-politicised and lacking (the will for) agency. 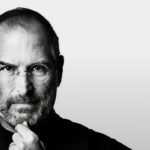 But the times they are a changing

One response to the above can be seen in the rise of leaderless / distributed leader movements such as #BlackLivesMatter, Muslims Against Isis and Fight for $15 and countless numbers of localised movements; maybe also in the high turnout for the recent Brexit vote, perhaps as much a vote for change (against our leaders) as for European disunion.

In organisations too there is challenge to the old-world models of command and control style leadership -younger, tech driven, agile responses are having huge successes with collective, dispersed and distributed leadership, others with what some are calling holocracy[iv] (witness Zappos) or removing leadership completely (DAO[v]). 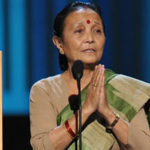 This short piece explores what the changes are and what they mean in terms of developing leadership and leader identity that is fit for future.

Concomitant with the placing of leadership within one individual is the greater emphasis on an idealised identity construct for that one individual.

This (mainstream) leader identity incorporates notions of being elite (etymologically ‘the chosen one’[vi]); exceptional; unique; above and / or ‘in front’; special and distinct (Schwalbe, Godwin, Holden et al 2000, p425 in Gagnon & Collinson); often charismatic and, as noted above, usually located within one individual alone.

However, drawing from Critical Leadership Studies (CLs), psychology, social sciences etc., notions of what and how leader identity is constituted are much more complex and multifaceted. The leader identity may be an explicit (named, described) construct that is externally presented or even prescribed (by one’s organisation, society, peers) and/or internally constructed and known. Identity may also be tacit (un-voiced, unknown but influencing sense of self). It’s likely also that many (leaders) experience multiple idealised identities and that these differing identities will sometimes be internally and externally conflicting and sometimes supporting.

Leader identity has been spotlighted in recent years as popular discourse turned to ‘authentic’ leadership, George North et al leading this trend. Authenticity as a leadership topic, to be true to oneself, has concentrated on the process of being truly you. However discourse on who exactly one is, who and how one is becoming and what / who is helping shape that construct, have been missing from the discussion.

Foucault’s work on power and identity dynamics, specifically ‘normalisation’ might be a driving factor in the strengthening and intensifying of the ‘leader identity’. Normalisation refers to how a ‘norm’ is socially constructed through the mainstreaming of outliers. It is the power dynamic through which individuals are pressured to conform to the ‘norm’ through reward, punishment and other mechanisms.

In the case of leader-identity this may account for two phenomena: firstly the increasing mainstreaming of ‘hero’ types and narcissists into the leader identity and the subsequent shifting towards an ever masculinised, hero-type leader ideal. Secondly for the molding of would-be leaders into the ‘normalised’ (idealised) leader identity, an identity that may be a far fit from their authentic self.

This notion of suppressing or adapting one’s true or authentic self in order to fit the model of what is a ‘good’ or idealised leader identity can create tensions for the individual (Nyberg & Sveningsson, 2013[x]) and, in my view, limits the potential for leadership, individuals and the organisation, community or other group being led.

As Gagnon & Collinson noted in their 2014 study of Leadership Development Programs (LDPs) to develop into the idealised leader shape as determined by some ‘other’ (society, organisation etc) we must follow the ‘other’s program and learn to pour ourselves fully into their mold. A leader must therefore be a follower. The idealised leader identity is thus an oxymoron and the development into one, a paradox.

What exactly is the ‘leader’ identity to assume; when and how to leave behind the manager, team player, friend or subordinate (or to flicker between these roles); how do all of these external representations or constructs of identity fit with a self-identity, one that includes the non-work self?

Soul-snatchers: On a broader note, how ethical is it to even ask others to shift identity for the sake of a role? Is it morally ok to require people to give their ‘souls’ to an organisation or movement?

Faking it: On the other hand how many are assuming leader behaviours and role-playing, whilst actively resisting or passively avoiding assuming leader as an identity? We may wear the clothes and act-out the position but refuse or are unable to be consumed by it. 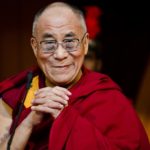